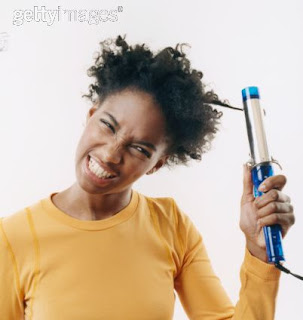 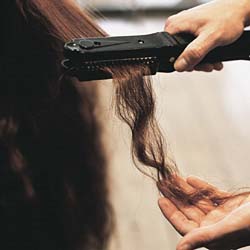 Already in 1860 the women were using iron for ironing clothes for the urchins, before the invention of hair straightening. In 1872, Erica Feldman used heated rods to straighten your hair, while Ian Gutgold used chemicals. In 1906 Isaac K. Shero patented a heater plate with metal teeth that were included in the hair, while in 1909 he patented an ironing plate which consists of two flat irons that were heated and pressed against each other. However, the straighteners as we know them today, are attributed to the Scottish heiress Lady Jennifer Bell Schofield, who refined and combined efforts are needed before a stove with two hot irons, fitted with hinges, in 1912.Years after they were introduced in ceramic and electrical straighteners, which allow you to change settings and heat straightening.

Read more in: http://www.guidaacquisti.net/bellezza/piastra-capelli.html
To see the patent of a recent electric straightener click here
Pubblicato da Straight & Curved a 04:20